Wealthy Blacks - Where Do They Live?

Where do wealthy blacks Live?  Here's what I found researching some of the rich and famous black Americans regarding their living arrangements.

1) Almost without exception, Blacks, once they get enough money, will leave their black community for a white community - willing to pay 3x to 5x the cost to live in the white community than among their own people.
2) Wealthy Blacks will generally spend their money in a white community.
3) Blacks use the white community as a status symbol - to flaunt it among their fellow blacks.
4) Blacks find more safety and security in a white community than among their own race.
5) (just my opinion)  Two things" 1) Blacks do not recognize 'achieved wealth' by other Blacks. That is, they do not respect status and wealth achieved by fellow Blacks through occupational titles - since the occupational titles are the products/ status symbols of another race. Blacks believe wealthy Blacks achieve their wealth by luck, specifically, affirmative action programs gifted to them by white people, phony discrimination shakedown lawsuit, or just being a good con man.  And since all wealthy Blacks achieved their wealth through these means (luck)...the have-not Blacks believe a portion of that good fortune is justly owed to them. To avoid this belief system wealthy Blacks waste no time high-tailing it to a white community.   2) Too many sociopaths in the black race. Sociopaths have no sense of right or wrong, no regard for the feelings of others, or the pain and suffering of others, lack of a conscious, master con men, they act on impulse, no sense of remorse, no yesterdays. Blacks account for 38% of the US prison population. They are only 13% of the US population.  Of course, they will attack Blacks as well.

Think of all the money - billions in tax dollars -  the black communities of America are being deprived yearly because wealthy blacks refuse to live among their own people.   When the well-to-do are systematically abandoning their racial communities , the consequences would certainly produce more poverty, more despair,  and yes, more crime.

NOTE: I have not found a single case in American history ... where a wealthy white person has moved himself/ herself into a black community.

The  incident below might shed a  little light on why those blacks that can GET OUT  ...  do GET OUT ... and straight into a white community  >>>  In this incident an adult black man, 36-years-old,  while walking in a black community and past a group of black children, was  pelted in the face with an egg.   The 36-year-old was then attacked by the gang of youths (sociopaths and psychopaths) ...and beat to death.

"[The 32-year-old black man, Charles Young Jr.]... never regained consciousness after being pummeled by up to 16 boys and teenagers with bats, shovels, folding chairs, sticks, feet, a mop handle and a crate."

There is only one race where the children are attacking adults:  African American. Something is wrong! Sociopaths.
LINK

Colin Kaepernick:
He lives in a white community in San Jose - where white police officers patrol the streets and he don't have to worry about black males in his neighborhood. 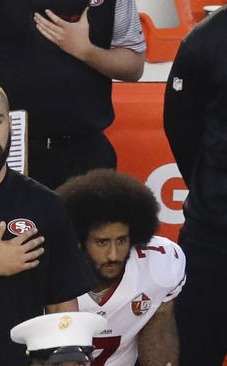 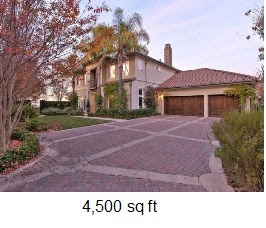 Dopey is taking a knee during the national anthem.  Even his own [white] mother calls him a disgrace. So this America hater, and supported apparently by most of his people, why won't he live among his own race? He's never lived one day of his half-n-half life in a negroid community.   UPDATE:  Guess what? Dopey, he be selling his [white community] San Jose house (2017).  He just bought another house in NYC's TriBeCa neighborhood,  and you think he be living among his own race?  NOT A CHANCE!   He just paid  $3.21 million  to have white people as his exclusive neighbors (blacks are a minuscule 4% of TriBeCa  - and ya think he made darn sure to find that out before he agreed to buy his home?) Again, why won't Dopey live among his own people?!
----------------------------

Mohammad Ali [late]:
He lived in a white community in the Glenview residential neighborhood in Louisville, Ky. Ali frequently referred to white people as the "devil race." 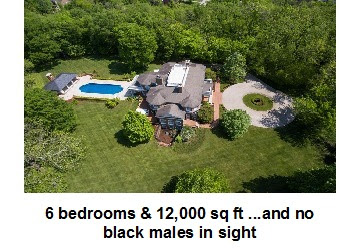 So he didn't like white people. Why would he choose a neighborhood where there are no blacks  - his people? That's right. There are no blacks listed in the demographics of his Louisville neighborhood.  All white.  Oh, before I  continue with this list, Ali actually owned another home, in Arizona.  Maybe he lived among his own people there?  Well, it stands to reason that if Ali didn't want blacks as neighbors in Louisville, he wouldn't want them in Arizona, right? Right. He lived in Paradise Valley, an exclusive white community.

Oprah Winfrey:
She lives in an exclusive white community in southern CA.  In fact, you could probably use only a few fingers on one hand to count the number of black males in a hundred square mile radius of her palatial estate. 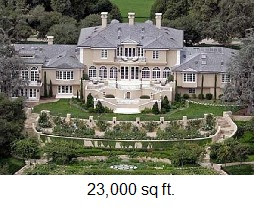 So why won't she live among her own people?  She's a billionaire ... She could easily buy up three sq. miles in South Central Los Angeles. Apparently, she prefers to not spend a nickel of her vast wealth in a black community.

Oprah: "the idea of discriminating on the basis of race simply made no sense to my young mind."  REALLY?  Well, her more mature mind has certainly learned to be "discriminating" ...at least when it comes to where she lives and who her neighbors are.  That is, NO BLACK MALES AROUND HER HOME... OR NO PURCHASE!

Other homes owned by Oprah - and where no black males roam the streets and only white police officers patrol her neighborhood:

- Chicago, Ill (when she could finally afford it, in 1985, bought a condo in an exclusive white area, the Water Tower Palace)

All the info , as well as his despicable comments on white America, all cheered on by his  black audience, is in this video

So he hates white people and he hates America... So why won't he live among his own people? 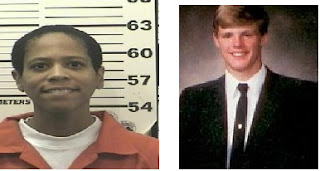 Tracy Morgan:
Exclusive white community in Alpine,  NJ (only 2% of the population is black). A part-time actor who wasn't considered rich until a Wal-Mart truck hit his vehicle and injured him - then the settlement. 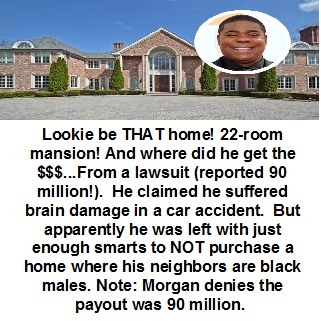 So why not spend all that new wealth building a home in an exclusive black community? UPDATE:  Seems the insurance co. that represents Wal-Mart, well they aren't happy at all about Morgan's HUGE settlement. They are now (Jan. 2017) demanding Morgan's tax returns for 2009  to 2014 - the crash happened in 2014 and the settlement was made in 2015...and then Morgan bought his mansion.


Barry Obama & Michelle
(Barry sometimes refers to her as "Michael"): 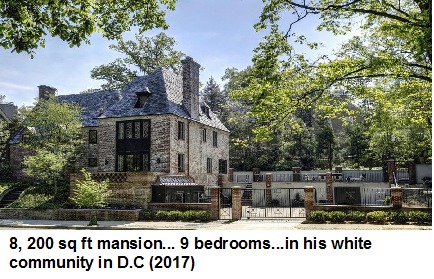 Below are two other homes Obama owns  - and where there are virtually no black males roaming around his neighborhood. LINK

- Rancho Mirage, California (only .05% black i.e. about 15 adult black males in this exclusive white area)
- Paradise Point at Kailua Bay, Oahu, HI  (no black males anywhere to be found near this crib)

UPDATE: New home for the Obama's. In January, 2020, the Obama's closed on a home in Edgartown, MA. And what is so attractive about Edgartown, MA? It has virtually NO blacks. Just 1.8% of the population is black (about 20 black males over 15-years-old). 94% white.

Since 2012, FIVE homes and all of them in exclusive white communities :

-- Bridgehampton, NY ( a whopping 17% black - well, they didn't seem to spend too much time there -about one year)

-- New Orleans Garden District (lots of mansions there ... and you can bet your last dollar that there are very few black males)

-- Bel Air, CA ( reported to be buying a $65 to $95 million mansion in this exclusive white community)

Okay, you can see the pattern with these two. They will NOT live among their own people!  And why should they? Here's Jay Z wearing his racist, black supremacist medallion: 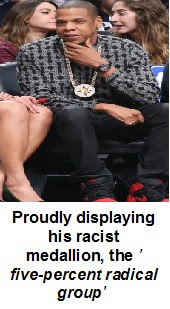 As for Beyonce, she promotes Black Lives Matter (her husband's company reportedly gave the terrorist group $1.5 million) and she also promotes the New Black Panthers.  She also used the Super Bowl of 2016 to promote hatred toward police officers. AGAIN, where does this woman DUMP herself? White community. What race are the police that have always patrolled her neighborhood? White police officers.

Why won't these two  hypocrites  live among their own people?!  Why MUST they DUMP themselves among only white people?!   White people need to stop being nice to these two idiots...and stop giving them money!

Plenty of all black communities in and around Atlanta. Apparently, Perry couldn't find one of them. He is an outspoken critic of America and its alleged racism (curiously, he see no racism and hate at all by his people against white people, though statistics show his people commit more than 98% of the unprovoked violence between the two races). Clearly, Perry prefers NOT to live among his people, or spend any of his money in black communities. WHY?! Perry owns other properties...and none of them are in an exclusive black community.
LINK

Exclusive white community in MAlibu, CA. Knight was born in Compton,CA,  in 1965.  Compton in the early 60s was still a white community (blacks desperately wanted to get into Compton from Watts - black males did not build a single physical structure in Compton , or Watts).  By the mid-80s, blacks, through racism and hate attacks, as well as  threats of attack, white people had had enough...and fled.  Compton became a black community by the early 90s. (Latinos have since moved there and blacks have dropped to 30% of  the population by 2018 - though blacks still occupy all the political seats)

White community in Los Angeles (Studio City).  Only about 3% of the population is black. (2014) Yeah, no black males allowed around this dude's home.

And the pattern continues... Remember, all these blacks represented here could easily afford to build a home in a black community and spend their vast wealth among their own people. But they all refuse to do it!  WHY?
---------------------

He lives in an exclusive white community in Marina del Rey, CA.There are only about 10 to 14 adult black males living there according to 2010 census figures. In fact, in Ice Cubes neighborhood there are likely less than 4 black males. Check out his home in his white community - where white police officers patrol his streets. 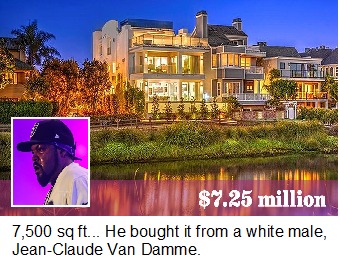 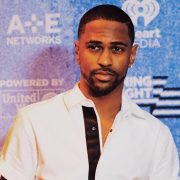 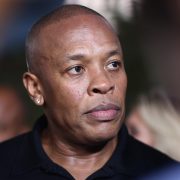 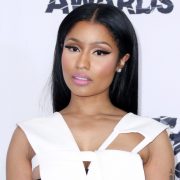 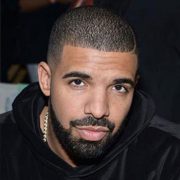 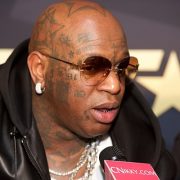 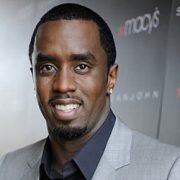 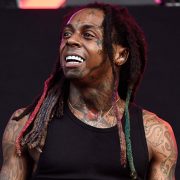 White community ($18 million mansion - La Gorce Island, Miami, Fl - Wayne might be the only black male living on the island) 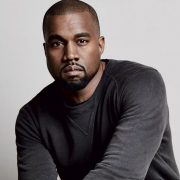 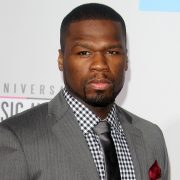 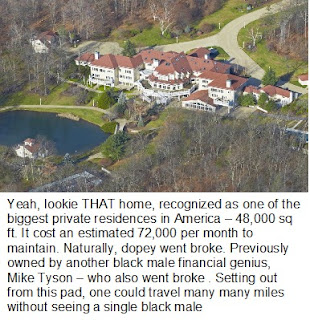 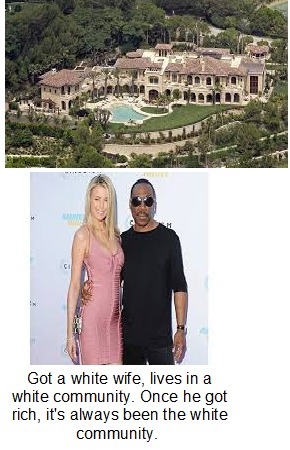 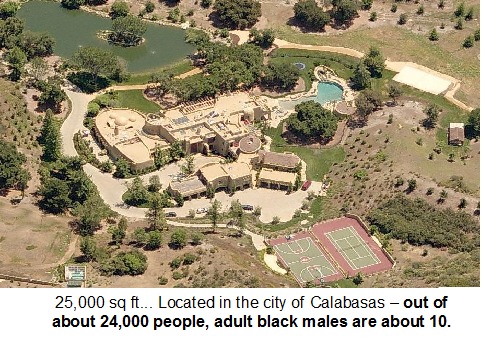 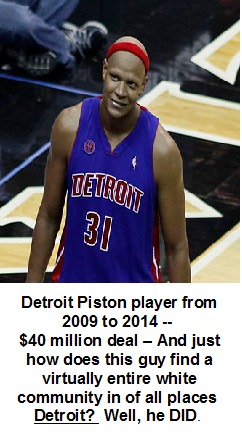 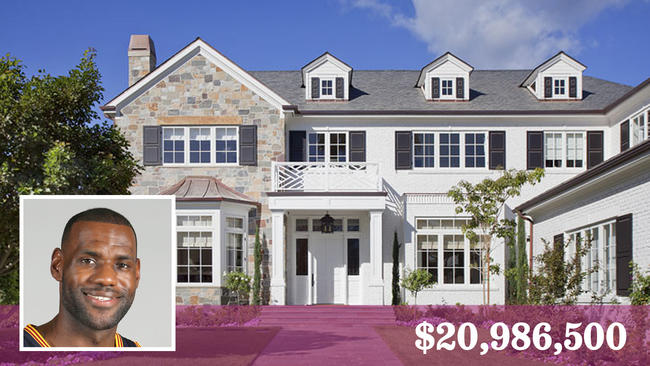 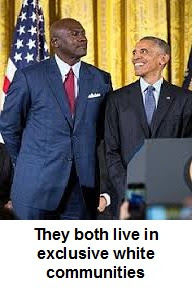 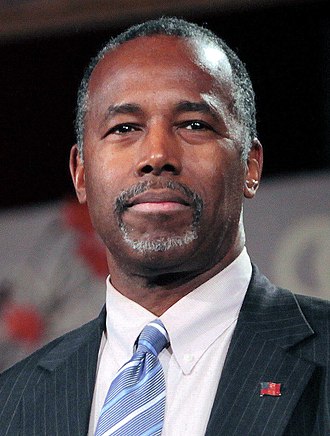 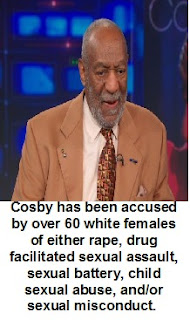 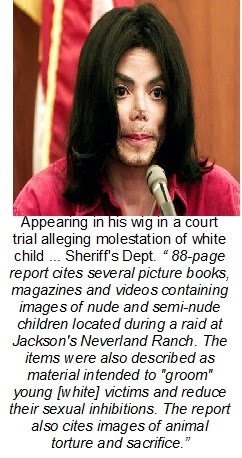 This phony little 'old' hypocrite represents a mainly minority community (43rd district) in Los Angeles.  Included in her district are large black communities. She refuses to live anywhere near "her people".  Not only does this hypocrite refuse to live among her own people, she will not even live in her own district! She prefers a mostly white community (it's 38% white and 42% Asian). Back when she bought the home, around 2002 , it was a predominantly white community.

Quotes from a ding-a-ling black female:

1) In 1992, Los Angeles, while blacks (her people) were attacking innocent people (non-blacks, and mainly white people))...ding-a-ling decided to stand on the White House steps and give a speech, encouraging her people to continue their "rebellion", and continue to attack innocent people... "Listen up, America," she told the crowd. "We want to talk to you today. Our children are hurting, our mothers are tired and our young men are angry."
She concluded by leading the crowd in a chant: "No justice, no peace."
And: "I maintain it was (the riot) somewhat understandable, if not acceptable." (yes, you read right)
2) After a Korean store clerk shot and killed a black female thief: “There were mothers who took this as an opportunity to take some milk, to take some bread, to take some shoes ... They are not crooks.”
-------------------------
32) 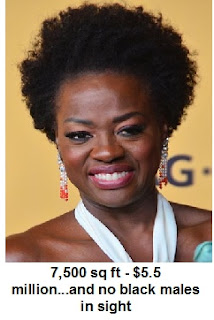 As you can see...they're ALL doing it! Wealthy blacks it seems, and for reasons they don't want to explain, DO NOT want their own people as their neighbors. Only white will do. The cost to the black communities across America, because of this type of bizarre and selfish behavior from wealthy blacks , annually it must be in the billions.