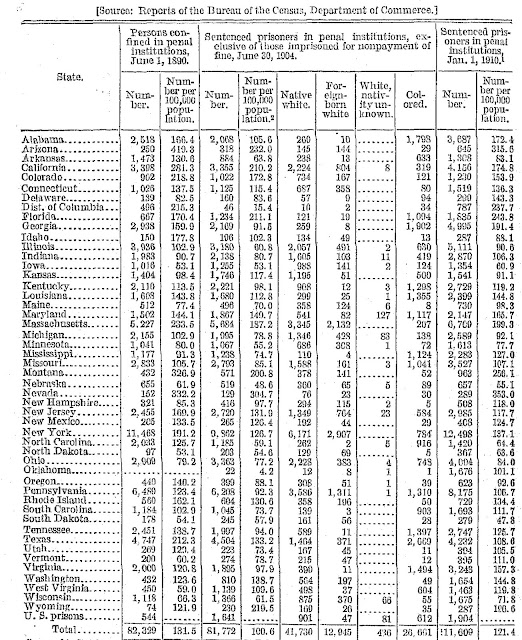 The above table is for the year 1904.   Blacks in this year are approximately 10% of the total US population.

In 1923, according to the gov't statistics above, blacks (including females) are 31% of America's prisoners (figure includes those present in county jails).  Blacks are slightly less than 10% of US total population.

The tables below are for the years 1933 and 1934 and represents prisoners received from the courts for incarceration in state and federal institutions. 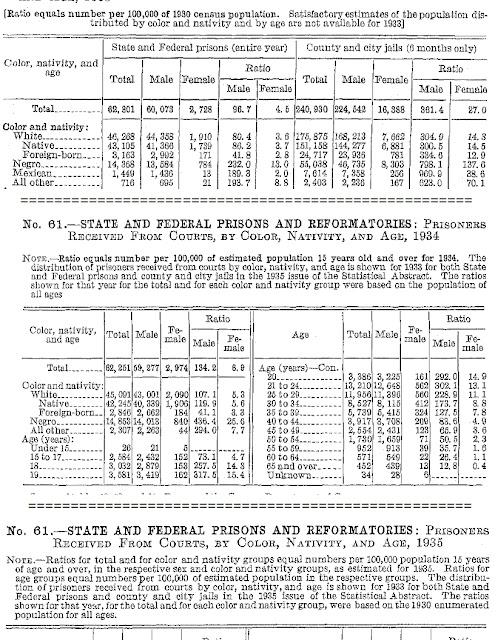 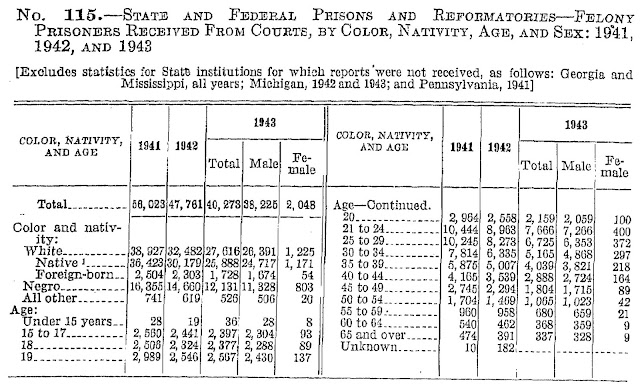 The above figures apparently do not include local jails.

In 1942, blacks would likely represent about 33% of the total US prisoners (not including local jails).  That would put the total number of imprisoned blacks in 1942 at about 50,000. 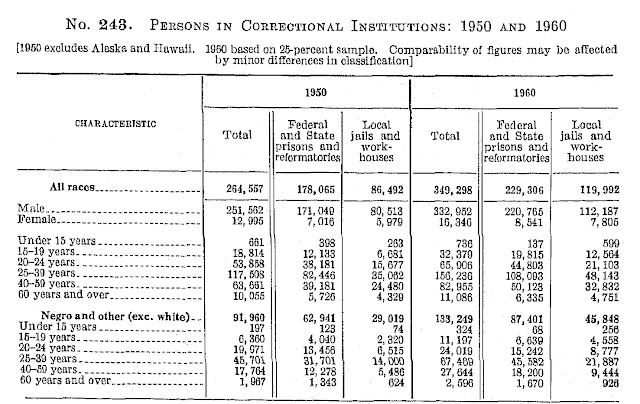 In 1950, black males are now  35% of US prison population (including local jails)

In 1960, black males are 38% of the total US prison population (local jails included). Calculating just federal and state inmate numbers, that would put the total number of blacks incarcerated  at about 87,000 - up from 50,000 in 1942. 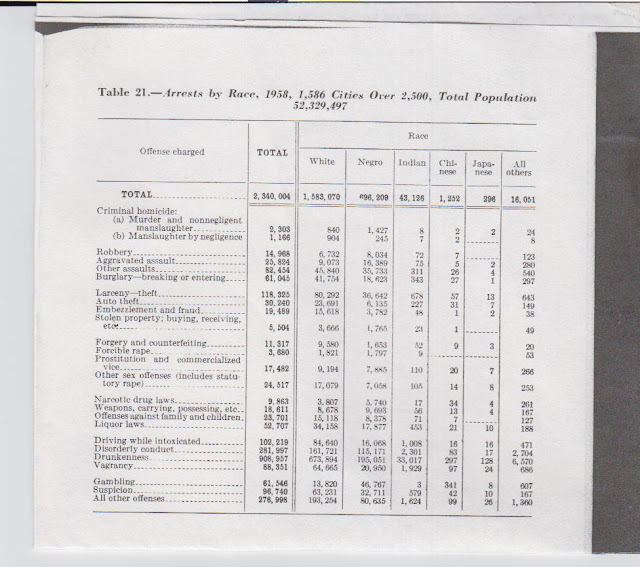 We are shown here for the first time what white people - in the 1950s - very likely already suspected regarding Negro violent crime. Black males are 10% of the US male population in 1958.


Was the Negro violent crime statistics just an anomaly for the year 1958? Below are 1960 stats. 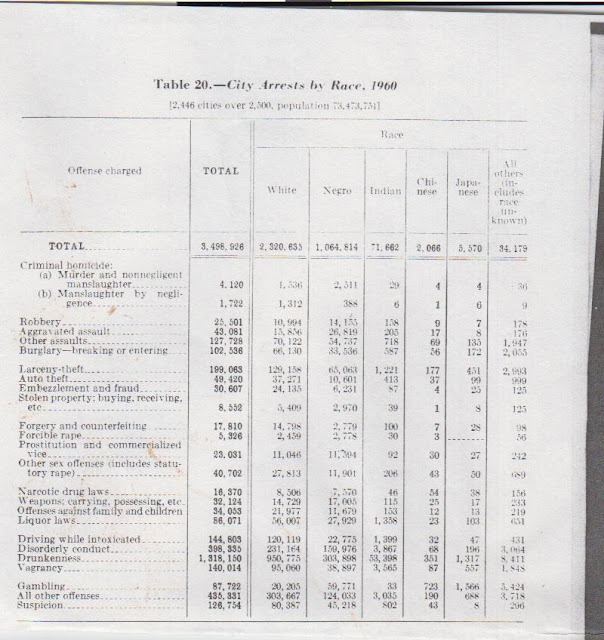 Here's something that you should find interesting.  In this following table, note the substantial drop in predatory crimes (rapes, robbery, murder) when black males live in a rural environment. 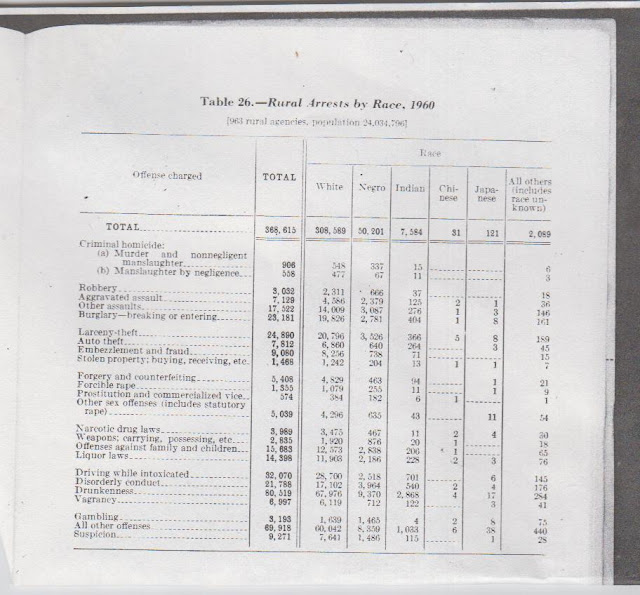 * Again, black males are 10% of the US male population. 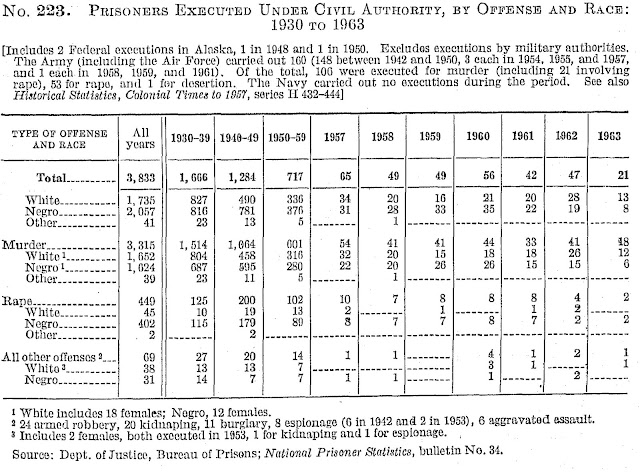 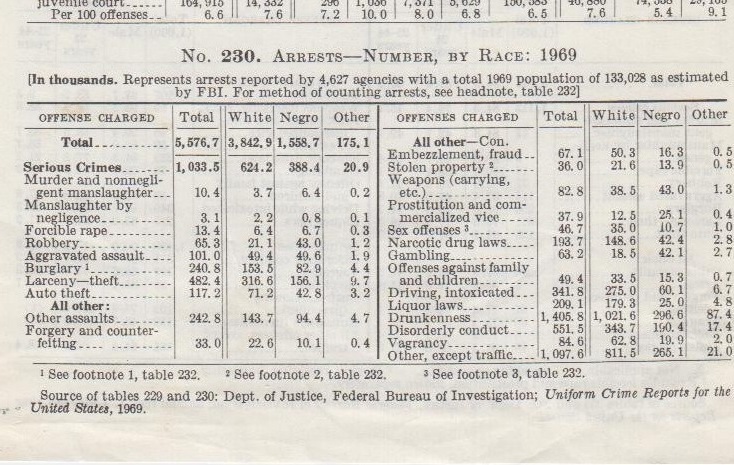 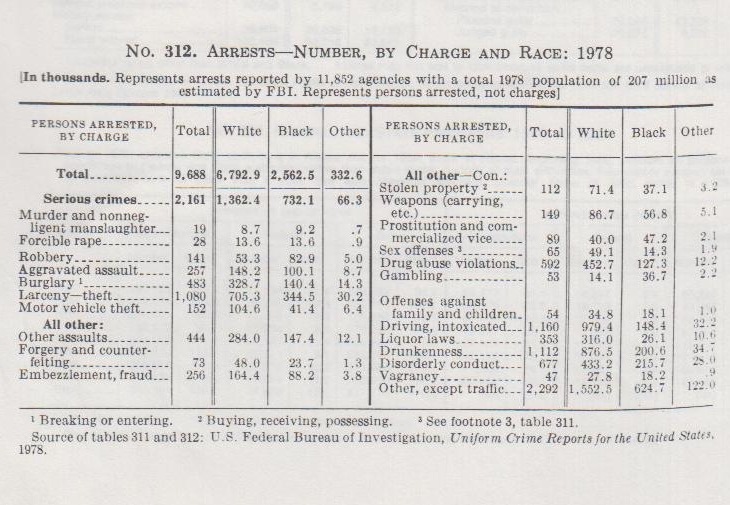 
Blacks in 1978 were approximately 11% of America's population

How violent has the black male become under the new Compulsory Inclusionism system?

From  1964 and 2011, black males in the age group of 15 to 35, which represents approximately 2.2% of America's population ,  committed more homicides than all the US war casualties during the entire 20th century.

Email ThisBlogThis!Share to TwitterShare to FacebookShare to Pinterest
Labels: Prisoners by race 1904 to 1960